Image: Inside the Chapter House

Download the Buildwas Nature trail details, a great walk for any age! 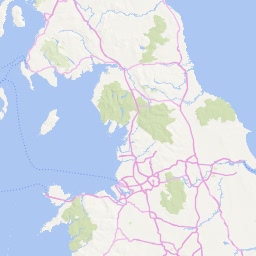 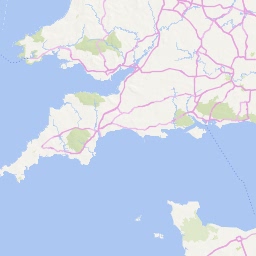 Parking
Free parking (20 spaces) about 25 metres from the site. During busy periods, extra parking is available on grass or side of road.
Sat Nav

The village of Buildwas is situated at the foot of the Wrekin, on the banks of the Severn, half a mile distant from the ruined abbey lying on the south bank of the river. It was one of the oldest Cistercian monasteries in England, and was founded by Roger de Clinton the Crusader Bishop of Chester in 1135, for monks of the Cistercian order. The building, erected on the site of a hermitage, to which an early bishop of Lincoln had retired in the time of King Offa, was destined to become one of the richest establishments in the kingdom. It was partly destroyed in 1536 and the site granted to Edward Grey, Lord Powis, who married Anne, daughter of Charles Brandon, Duke of Sussex.
But though the monastery itself was destroyed, the outer walls of the noble church remain, together with a great portion of the massive central tower, the choir chapels, and the east end, with its delicate lancet-windows. The clerestory, with its Norman windows, is also intact on both sides of the nave, and between the columns are remains of the screen which once shut off the eastern aisle. The door on the south side leading to the dormitories of the monks may still be traced.
The ruins of the chapter-house are remarkably fine, and in good preservation, with a beautiful early Gothic groined roof. Beyond the chapter-house are the refectory and kitchen, and on the side next to the river were the cloisters. In the outer court of the abbey stood the lodge, and there was formerly a fine gatehouse, which collapsed in 1828, and is now almost entirely gone.
The brook, that once flowed across the abbey court, still works the mill close by; but the fine old bridge over the Severn, built by the monks, was taken down in 1690.
A good way of seeing Buildwas is to go there from Shrewsbury by an early train, walking to Leighton and Eaton Constantine, both charming villages, and rejoining the train at Cressage for Shrewsbury. An alternative route is from Shrewsbury to Much Wenlock, where there are the ruins of a fine Abbey.

Buildwas was founded in 1135 as a daughter-house of the huge and influential Furness Abbey. As with Furness, Buildwas was a Savignac monastery, which merged with the Cistercian Order in 1147. This network of smaller, ‘client' abbeys, established by and linked to, one of the powerful English abbeys is typical of the medieval period and demonstrates how the major abbeys reinforced their powerbase and extended their influence throughout the country. Though Buildwas did not found any further daughter-houses itself, as one might expect, it did establish definite links with a number of smaller abbeys in Wales and Ireland, Strata Marcelli in Powys is one such.

The abbey ruins are located in a beautiful wooded valley, where it has remained at peace with the world, slowly decaying at its own pace, allowing nature to take its inevitable course. In 1406, its estates were ravaged by Welsh raiders from across the border, followers of Owain Glyndwr. Other than this rather innocuous event, the only other episode of any note in the abbey's history was the murder of the incumbent abbot in 1342, allegedly the work of a renegade monk, one Thomas Tonge. From its inception Buildwas went its monastic way, untroubled by the unfolding events of history until 1536, when, as with all its sister monasteries, it fell victim to the Dissolution.

Traditionally built and disarmingly simple and plain in appearance, Buildwas Abbey is particularly unusual in that it remains substantially intact, apart from the absence of a roof. Moreover, for four hundred years after its foundation the abbey remained virtually unaltered architecturally, whereas most abbeys were continually altered and updated through their working lives. Its relatively uneventful existence, not being the focus of political intrigues or the target of military adventures, meant that it sustained little or no damage from external forces. Thus it is that the abbey remains, allowing for its ruined state, virtually as built in the late 12 th century, uncluttered by later additions. It is all the more pleasing to the eye for this, a plain and modest structure though it be.

A fine row of sturdy, undecorated Norman pillars and arches, standing shoulder to shoulder either side of the nave, steadfastly emphasise the strength and quite dignity of such early monasteries. A number of the buildings on two sides of the cloisters are now quite heavily ruined, but the Chapter House, flanked by a sacristy and a parlour, are all three virtually intact and still roofed. The Chapter House is of particular interest with its fine vaulted roof and floor of ancient tiles.


Buildwas was conceived on a modest scale, both architecturally and in physical size, and also in the greater scheme of things, but for all that it is an imposing structure, encompassing a stark simplicity of design that met the basic needs of a medieval monastic regime. Unaltered down the centuries, the abbey that we gaze upon today is not dissimilar from that seen by a 12 th century monk.

Buildwas Village
village events
BUILDWAS VILLAGE HALL WHAT'S ON 2019
Find out how to book , when the hall is free and who the contacts are
Parish Council - Who's Who and Meetings
Find out who is on the council and when we meet
Parish Council Policies & Financial Info
Parish Council Policies & Financial Info
Buildwas Village School
Find out about our village school and the activities that happen
Buildwas Abbey
These fantastic ruins are a must if you are in the area.
Visiting Buildwas
Find out about walks and what else to see while you're in the village
Buildwas History
Pictures, quotes and little facts about Buildwas through the ages!
Holy Trinity Church
Details of the church and service programme
Pictures from Village & fun times
Pictures that have been sent in by people from the village.
Contact us
Please get in contact if you would like to get involved in village activities, want to add any items or make any comments.
Business in Buildwas?
Why not use a local company to do your work?
The Thursday Lunch-Buildwas Village Hall held on the last Thursday of each month .To book Call Jen 07831 398763
the Thursday Lunch is held on the last Thursday of the Month £8.50 per head for three courses .Call Jen 07831398763
The Thursday Lunch...

This is the text-only version of this page. Click here to see this page with graphics.
Edit this page | Manage website
Make Your Own Website: 2-Minute-Website.com